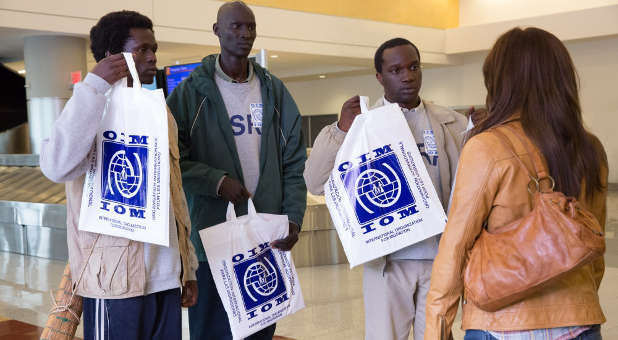 THE GOOD LIE—-you might have a doctor check your tear ducts if they don’t function at the end of this 2014 true story, telling a piece of the great tragedy and migration-survival diaspora arising from the ethnic cleansing of the Second Sudanese Civil War. More than 20,000 orphaned children, child refugees from merciless slaughter, trekked across vast swathes of Africa, some 3600 of ‘The Lost Boys’ eventually lucky enough to make it from Kenyan refugee camps to church-sponsored home stays in the United States.  Leave everything behind. Start over. From below scratch. 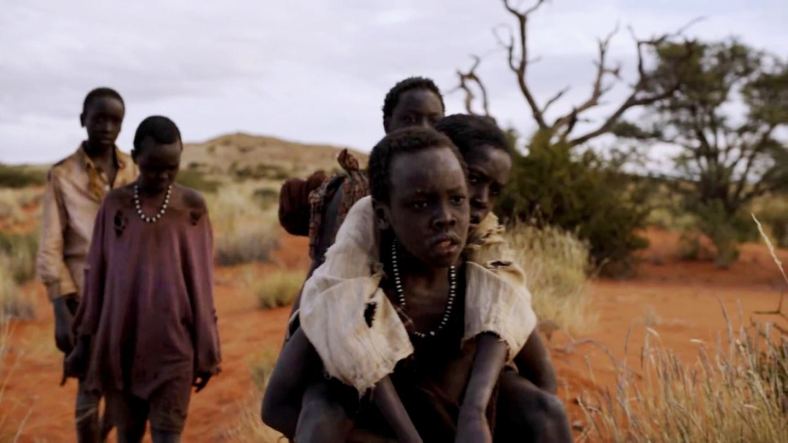 Aside from good direction (Philippe Falardeau) and writing (Margaret Nagle), the usual ace work from Reese Witherspoon as an employment counselor (first billed but a secondary character), and the traumatic dramatics inherent in the story, the 110 minutes capture and hold emotion because the victim-heroes are played by untrained actors who are survivors of the actual events, some of them former child soldiers.

“This is the story of my brothers and sisters. When we were little we did not know many things. We did not know the world was big, or that it was different from us. We only knew our villages in Sudan, which have been there for thousands of years. I should say Southern Sudan, for we were soon to learn that was an important distinction.”

Remarkable work from Arnold Oceng, Ger Duany, Femi Oguns, Emmanuele Jai and Kuoth Wiel.  With Cory Stoll, Sarah Baker, Peterdeng Mongok, Okwar Jale and Thon Kueth. Partially shot in South Africa, on a budget of $20,000,000, it received limited distribution and only brought back $3,200,000.  A movie with heart for a World that could use more of it.