MOTHER LODE  is a disappointing 1982 time-waster, a feeble try from the father & son team of Heston’s to match their previous salty adventure The Mountain Men.  This one is also set in mountains, as a guy and gal set out to find her missing ex, and maybe some precious metal, ‘way up north’, in British Columbia. 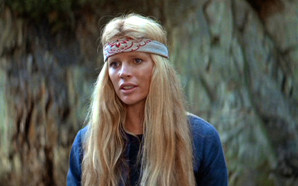 After their plane crashes the couple get help from a hermit/frontier throwback/coot played by Charlton. He turns out to be mean and nasty.  After pelting them with a thick Scottish brogue, he gets around to attempted murder. Chuck does pro work, natch, playing a bad guy in a step off the beaten hero path, but his direction of Nick Mancuso and pretty Kim Basinger is less daring. They’re both at a loss, and the simplistic script (from Charlton’s son Fraser, who also produced–and shared in the direction) offers them no way out. 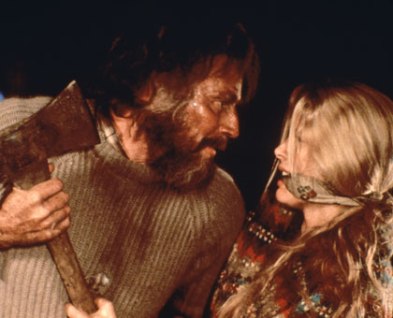 The cinematography of some gorgeous mountain woods and streams is laudable (for that, thank Richard Leiterman) but almost everything else in this little greed fable is flat, familiar and foolish. The most interesting item about the production was that the plane crash was an accident; the filming of it was incorporated into the script when finances precluded getting another aircraft. Otherwise, this is a dozer of 101 minutes duration. With John Marley. 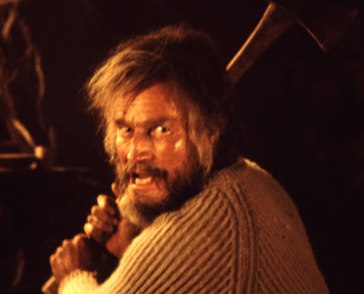