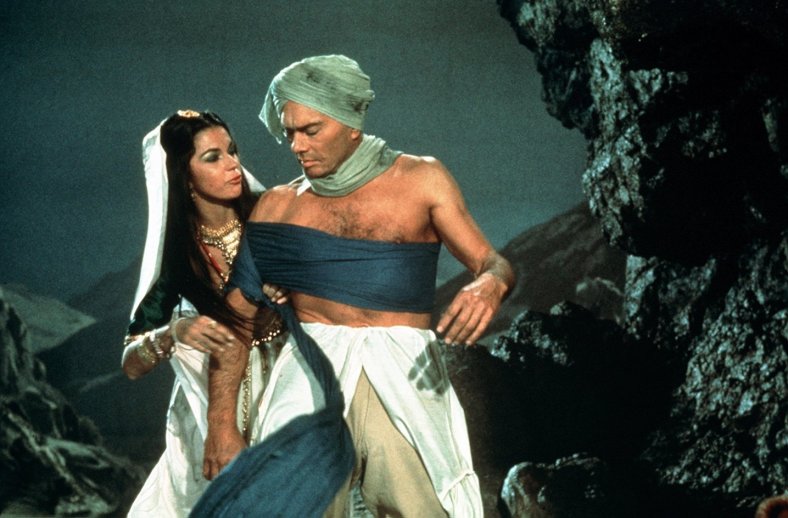 THE LONG DUEL—-“Sultan knows these hills and forests like the back of his hand.”  Yeah, well, we know this kind of adventure flick and a back of the hand is certainly what this one asks for.  Set in 1920s India, it’s about an outlaw Dacoit tribal leader who evades and harasses the British for several years.

A case of gin just might get us through this script.

It seems like seasons have indeed gone by when you are chained to the 115 minutes of this wet firecracker, directed as an assault on insomnia by Ken Annakin. The wheezing script pits Yul Brynner at his most waxlike against Trevor Howard, looking embarrassed as the guy who feels pity for Yul, and Harry Andrews, his upper lip quite stiffened.

Yul ready to meet critics in lobby at premiere

Others in the cast leave nary a dent, including early Charlotte Rampling, and a young Edward Fox as some ‘left-tenant’ (blink you’ll miss him). The music score adds nothing, and though there are six different action sequences breaking up the scowls and balderdash none of them are staged with much pizang.  Maybe those pretty Spanish mountains (subbing for the Himalayas) were too high of an elevation for a crew to function, since everything about the picture suffocates for lack of freshness.

I say, a most unjolly bad show, old chap, tut-tut and all that rot 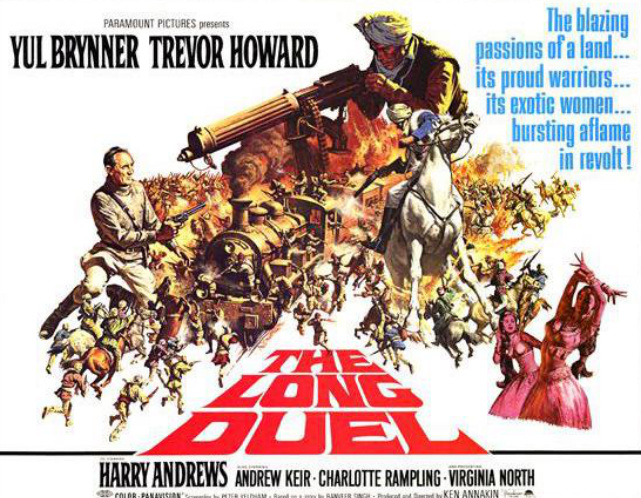 Another poster better than its film