FOUR FRIENDS—-well-intended 1981 misfire about coming-of-age in the USA during the upheaval of the 1960s. Crisscrossing paths during the decade are four bosom buddies from high school, one of them a space-cadet lass who figures as love interest for the three guys, obsessively so for the hero. 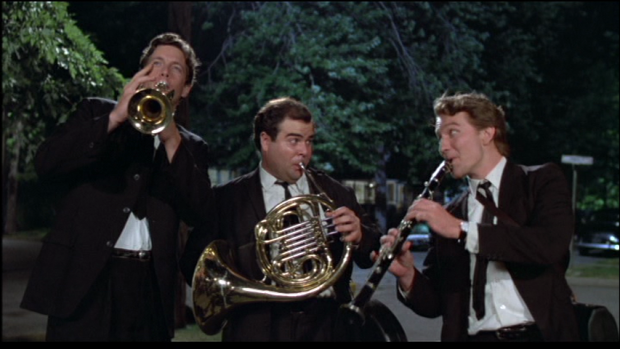 A good premise, but mostly thrown out the window in all the important areas. Craig Wasson, as the hero, effectively suggests some of his characters torments and tensions–numerous enough to tax a saint–but the script allows him little room for much beyond reaction. Jodi Thelen, as the free-spirit/earth mother/flower child/catalyst is absolutely unbearable, shrilling her role over in such a way as to make it impossible to conceive of anyone harboring anything towards her other than a grudge. Jim Metzler and Michael Huddleston, as the other two pals, are almost as bad, just not as loud. 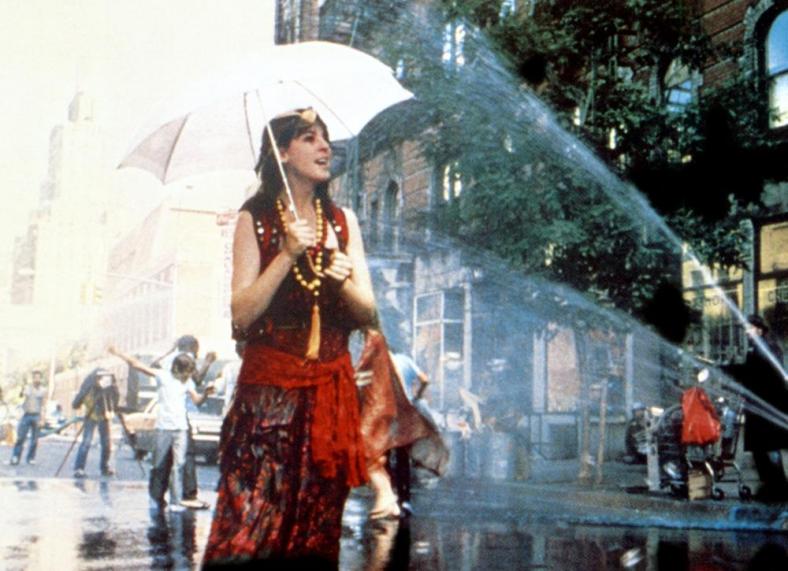 Bring on the tear gas

Steve Tesich jumbles his screenplay together so that every kind of 60s trip you could dedicate a bong hit to confronts the quartet: acid trips, race hassles, upsetting the Establishment, freedom rides, the war, hippies, flag burning, decadent wealth, free love, everything but Laugh-In, all presented in vignettes that director Arthur Penn sledgehammers across like they were the last messages he’d ever get a chance to deliver.

Reed Birney scores some points in a hackneyed role as a rich college acquaintance of the hero, and James Leo Herlihy does a good job as Birney’s father, depraved WASP despoiler par excellence, a knee-jerk vision of reality from the word go, but a decent acting turn. There are some tart one-liners scattered around, but those bits are swallowed by the sprawling narrative jumpiness and the tone-deaf obviousness of the whole, so it ends up coming off like one of today’s 9th-graders ideas of what ‘surviving the Sixties’ was all about. Bummer.  115 minutes, with Miklos Simon, Julia Murray, Lois Smith and Elizabeth Lawrence.  The movie has its defenders, but I guess it’s clear that I’m not among them.