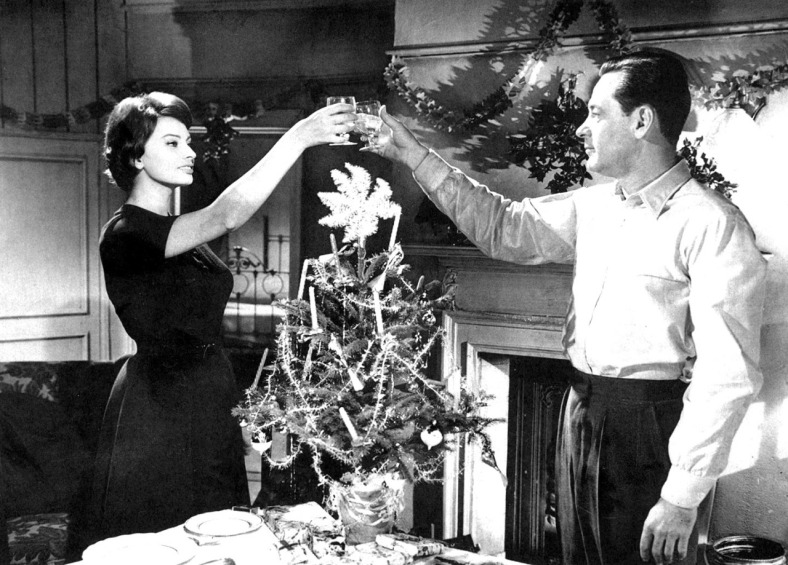 THE KEY—-unusual WW2 melodrama, set in England during 1941. Two men have the near-suicidal duty of commanding rescue tugs for crippled convoy ships. They have to brave the lurking U-boats with piddling defensive perks.

Trevor Howard gives William Holden ‘the key’ to a flat he shares with Sophia Loren, with the proviso that if he, Howard, is killed, Holden will step into Sophia’s life as well as the flat, and Holden must do the same with whoever follows him into the line of fire.

Mixing love drama, war action, symbolism, even hints of the supernatural works to varying effect. Some of the acting is excellent, but the movie drags and gets tedious, requiring patience to draw out the bits and pieces of humanity and compassion that show through from time to time during 134 minutes.  Worth a look only for the star trio. 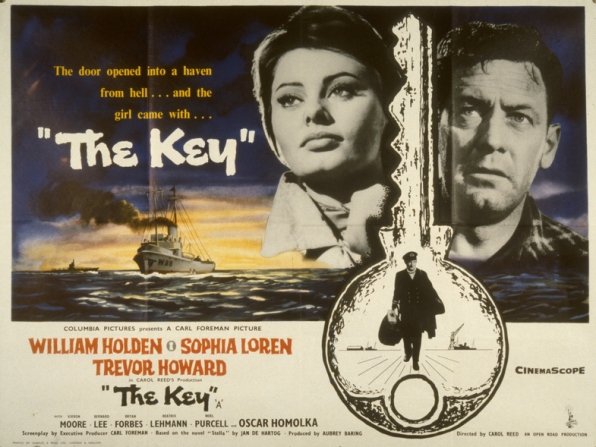