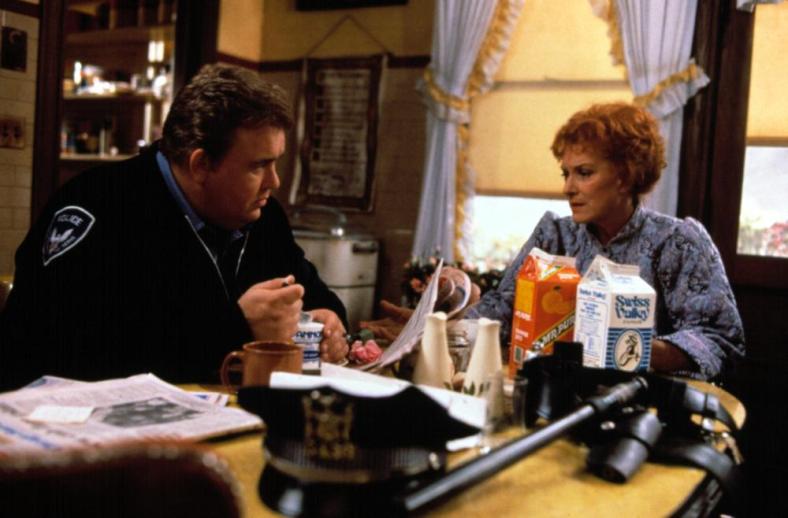 ONLY THE LONELY—if you are not a fan of John Candy, this 1991 comedy could do the trick. A fairly charming and believable enough rework of the Ugly Duckling theme, it bears more than a faint resemblance to the warmly remembered 1955 classic Marty.

The huge and amiable Candy lives at home with his domineering mother, played to a tee by Maureen O’Hara. In her last theatrical movie role (she did three more TV films), at 71, O’Hara’s work is shaded enough that it doesn’t lapse too far into cliche: this Mom is a real pain in the rear (heart).

Ally Sheedy handles another potentially cloying role (of the painfully shy love interest) with the right amounts of fearfulness and endearment.  Anthony Quinn is along for the ride as a lusty, yet kindly neighbor (a token Greek to counter Maureen’s fierce Irishness).

While the plot’s familiarity works against a home run, the thoughtful acting and direction (Chris Columbus, who also wrote it) make for a pleasant way to pass 104 minutes.