MAD MAX: FURY ROAD —wow, action spectacles don’t get much more dazzling than this 2015 epic, an instant classic, finally unleashed from director George Miller, the ingenious fiend behind the first trio, after years of ‘development hell’.  The wait paid off; if anything Miller at 70 has more octane than he did when he started Max on his road to glory back in 1979.

One thing that puts Miller’s sci-fi death races miles ahead of most in the pack is not the obvious marvel of stunts, blizzard editing and audacious design, but passion, for his story and characters, however twisted many of them are—that crucial role of passion in make believe that allows us to suspend everyday logic and be swept along into visions of the wildest imaginings, and have them make perfect sense within the crazy story we’re accepting*. 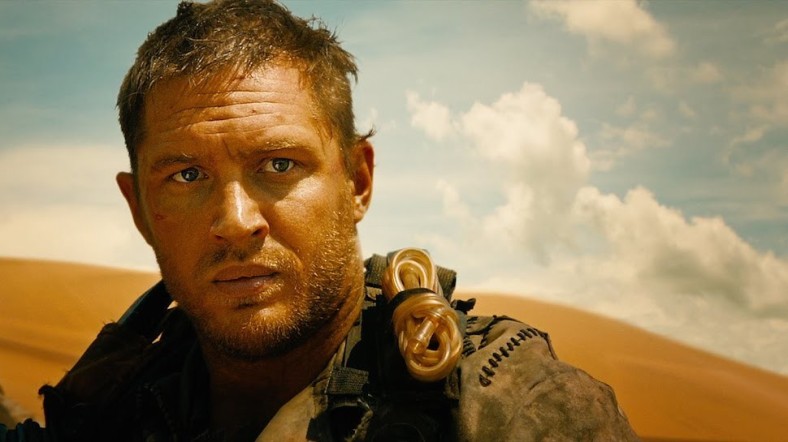 Miller’s Max Movies also move, as in moving pictures, seizing that primal charge we get from running to or away from something (must link back to super-great-grandpa trying to get away from saber-toothed tigers on the plains of Gondwanaland), with the horses of westerns (a seminal freedom-of-movement part of that genre’s attraction) replaced with the horsepower of a power-junkied modern age.

Throw in the fear-rush of adrenaline, with our collective dread of what a looming dystopian future holds (count the hopeful futuristic films–and don’t say Star Wars: consider the title for a second), and dread of the barbarous who walk among us, visages Miller’s design and makeup crew go full-maniac over with the villains horrid appearance and worse behaviors.

Running two hours (subtract seven minutes for the obligatory credit crawl), this meteor doesn’t even pause for a breath in the first half-hour, and every frame of it is packed with bravura technical excellence—the cinematography ( John Seale shot on stunning locations in Namibia), art direction, costumes, props, invented slang, invented everything.  Another thing that works to splendid advantage is that even with the violence and desperation of the post-apocalyptic setting the bright color palette engages, a welcome break from the done-to-death dull-dirty brown visual motifs that make so many futuristic sagas hard to even look at.

The stunt work is, in a word, insane.  Cast is select, with Tom Hardy a sturdy replacement for Mel Gibson, and the always-intriguing Charlize Theron, as ‘Imperator Furiosa’, giving rival fantasy series Amazonian action queens Sigourney Weaver and Jennifer Lawrence some killer competition.   Aces in support from Nicholas Hoult and a bevy of suitably attired (as in, ‘with little’) stunners Zoe Kravitz, Riley Keough and Abbey Lee.  The bad guy lineup makes the motley wretches from the earlier adventures look like Girl Scouts.  Pounding music score from Tom Holkenborg–love those kettle drummers and that lunatic on the guitar!

With Hugh Keays-Byrne, Josh Heiman, Nathan Jones, Rosie Huntington-Whiteley, Courtney Eaton, John Howard, Richard Carter and Megan Gale. A triumph, but not for the faint of heart (or the tiresome unmoved sourpuss).  “Schlanger!” 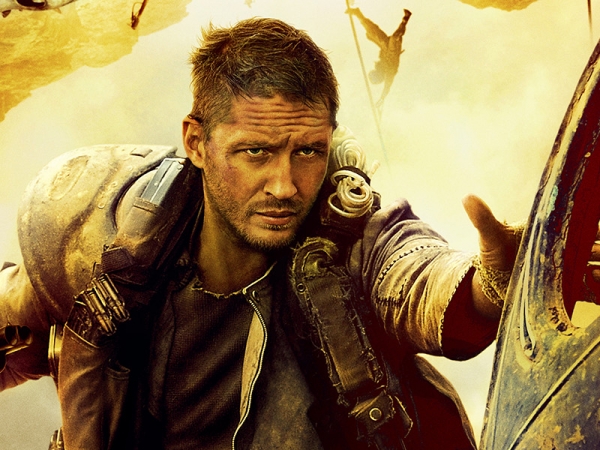