THE CANDIDATE —-the slick, trenchant, funny semi-satire of the U.S. political campaign circus, directed by Michael Ritchie in 1972 seems almost Disneyesque today, considering the grotesque spectacle of money-soaked lies and general offense to taste, dignity and hope that the process has further mutated into.

Idealistic young California lawyer Robert Redford (perfect) campaigns for state senator. On the way, his ideas and values are compromised by the hype and hoopla of the professional hucksters and ad-men who help put our leaders into office. 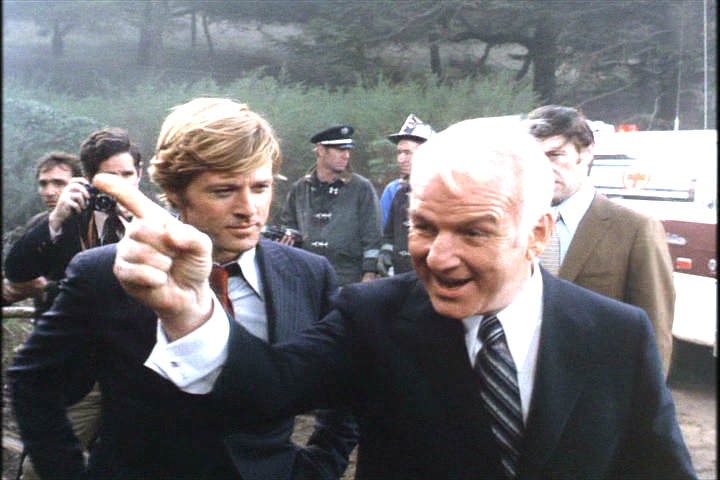 Redford’s aced portrayal is ably backed by Peter Boyle as his campaign mastermind, Allen Garfield as one of Boyle’s agents and—most persuasively,—Don Porter as the conservative opponent Redford runs against.

Top rate cinematography from Victor J. Kemper and John Korty. Jeremy Larner’s screenplay won an Oscar (he’d been a speechwriter for Eugene McCarthy), and the 107 minute picture was also nominated for Sound.  Critical praise was high. The project was Redford’s idea, and he acted as de facto producer. Box-office voted $7,600,000.

Two ironic notes:  (1)the voice for Porter’s campaign ads was provided by Broderick Crawford, who won his 1949 Oscar as Best Actor for playing a corrupt politician in All The King’s Men (2) this film was cited as one of the spurs for launching his own unforgettable career in politics by everyone’s favorite potato/e –Dan Quayle, who naturally got the message of the movie ass- backwards.