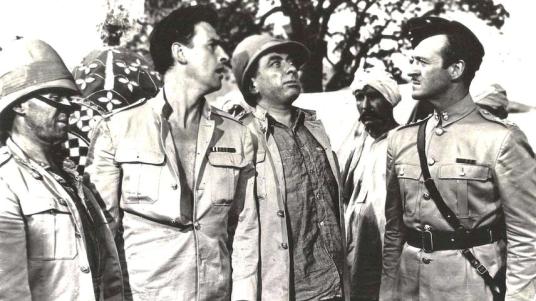 SOLDIERS THREE —-mention a boisterous action film about English army buddies in the Indian Raj and the automatic answer will be The Man Who Would Be King or Gunga Din. Forgotten is this 1951 effort spun from several Rudyard Kipling stories. The project had bounced between Britain and Hollywood since the early 30s, until MGM finally assigned director Tay Garnett and $1,429,000 to the project. 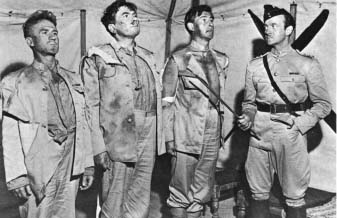 Fun for little boys at least, back in days gone by; rather a strained exercise in nostalgia for adults, as the three ‘Tommie’ characters carouse and slaughter their way around late 1890s India, all in ‘good fun’ (India, oddly enough, was not amused).

Stewart Granger, Robert Newton and Cyril Cusack play the three brawling privates in Her Majesty’s ranks who are a constant pain to their superiors, put over by Walter Pidgeon and David Niven. 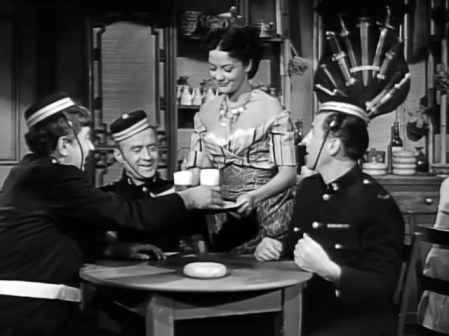 The natives are restless, which brings inadvertent heroism, daring-do, pip-pip, ‘pshaw’ and all that rot. Lot’s of action and an amount of fun unless you’re old enough to appreciate how weak it is next to the two classics mentioned above.

Granger: “Bob Newton was absolutely impossible, bless him, and arrived practically every morning incoherent with booze….But the script. Oh dear! If Metro had planned to ruin my career they couldn’t have chosen a better subject.” 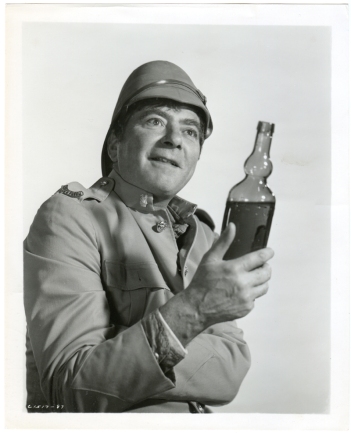