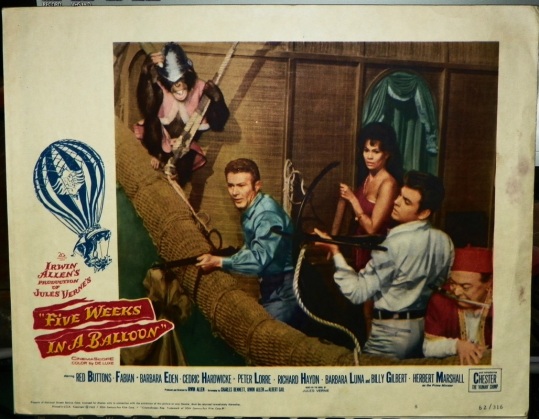 FIVE WEEKS IN A BALLOON—a swell Jim-dandy of a title tune, rollicking as can be, starts off this 1962 kiddie matinee adventure with great gusto. Sadly, most of what follows over 101 minutes is limp and flat, doing injustice to the Jules Verne writing that inspired it, and dribbling away the talents of a fine array of supporting actors.

Several intrepid adventurers fly a balloon over uncharted Africa in the mid-19th century, ostensibly to stop the slave trade by planting the Union Jack on the shore of the Volta River.