FIRE DOWN BELOW —no fire here, not even many sparks, despite a powerhouse star combo and two fine backups.

The first half of the 116 minute drama is not bad, as the storyline (screenplay by Irwin Shaw off a Max Catto novel) develops around two adventurers, plying the Caribbean from Puerto Rico to the French islands on a tramp steamer. A lady of mixed virtue stows away and things get sticky, or are supposed to, as the two pals come under her spell. The color is nice, atmosphere fairly exotic, and Robert Mitchum looks great in his sea duds.

But the second half of the steamer drags its anchor, as Jack Lemmon gets trapped after a collision, pinned below deck while a fire threatens to cancel his ticket. This goes on and on, and gets monotonous enough that the mildly amusing setup, already tepid, fritters away into memory. Directed by Robert Parrish in 1957, this was Lemmon’s first dramatic role and teaming him with Mitchum doesn’t jell, especially as they’re both in competition for Rita Hayworth (as if there would be any doubt on the outcome).

She’s okay, and it’s always worth watching Herbert Lom and Bernard Lee in second tier. With Bonar Colleano, Edric Connor, Peter Illing, Anthony Newley and Eric Pohlmann. Get extra pleasure from the location work done in Trinidad and Tobago. The $4,500,000 that sailed back to port wasn’t enough to ballast a $2,500,000 launch. Mitchum, meantime, did find inspiration (not from the script) to make an album of calypso music. 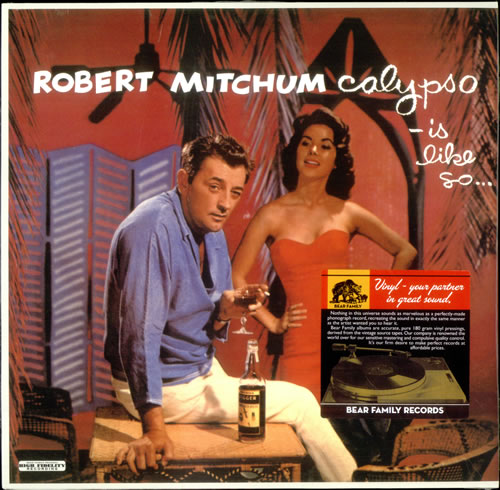