RIOT IN CELL BLOCK 11 —in 1952, producer Walter Wanger was convicted of shooting Jennings Lang, then the agent of Wanger’s wife, actress Joan Bennett, because he thought the two were having an affair.*  Jealous rage gave him several months in the slammer, which convinced Wanger that the prison system needed fixing and out of that experience came this gritty, well-regarded 1954 drama directed by Don Siegel.

Making a plea for much-needed reform, this tightly directed, fast-moving 80-minute punch concerns an uprising that’s engineered by fed-up hardcase  Neville Brand. Filmed at Folson Prison, it has the air of a documentary, and the cast of unsung but familiar faces do well by the tense story.

Brand is forceful as always, Emile Meyer plays a good guy (the warden) for a change and Leo Gordon** is dynamically in his brutish groove as a hulking, remorse-absent thug, just the sort our legal system kicks back onto the streets after doing two or three years for rape.

Some of the trappings have dated, of course, but sadly, many of the same reforms that this tough number hoped for are still in the wishing stage. The movie was a hit, its $299,000 cost bouncing back $1,540,000.

That the film was shot at Folsom owed a lot to the helpfulness of a tough and respected California judge, Denver Peckinpah, whose 29-year-old son Sam worked on the picture as a dialogue coach, his first job in the movie business. 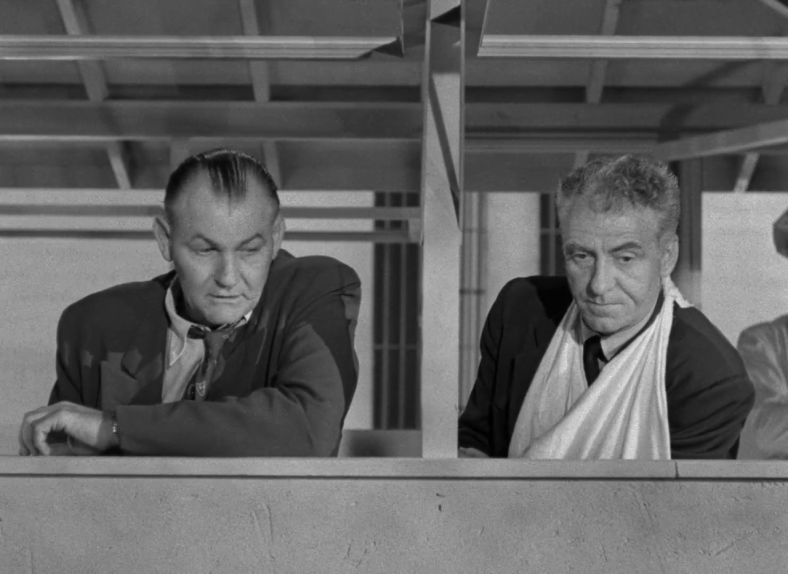 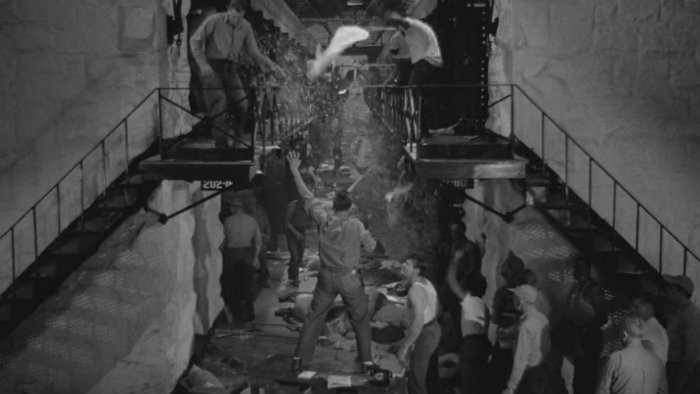 * Private dicks had the hush-hush on the numerous rendezvous between Ms. Bennett and Mr.Lang, so when Mr. Wanger caught them, he did what came naturally: he shot Lang in the balls. Lang lived, Walter pleaded insanity and went to the pokey. Bennett divorced him. Gossip had a field day.

** Mean-looking Gordon had done hard time in Folson for armed robbery, and the guards remembered him as less than angelic. Director Siegel called Gordon “the scariest guy I ever met.”  I asked my late brother-in-law, Larry Pennell, who worked with Gordon in 1955’s Seven Angry Men, and his two word sum-up was “a psycho”. 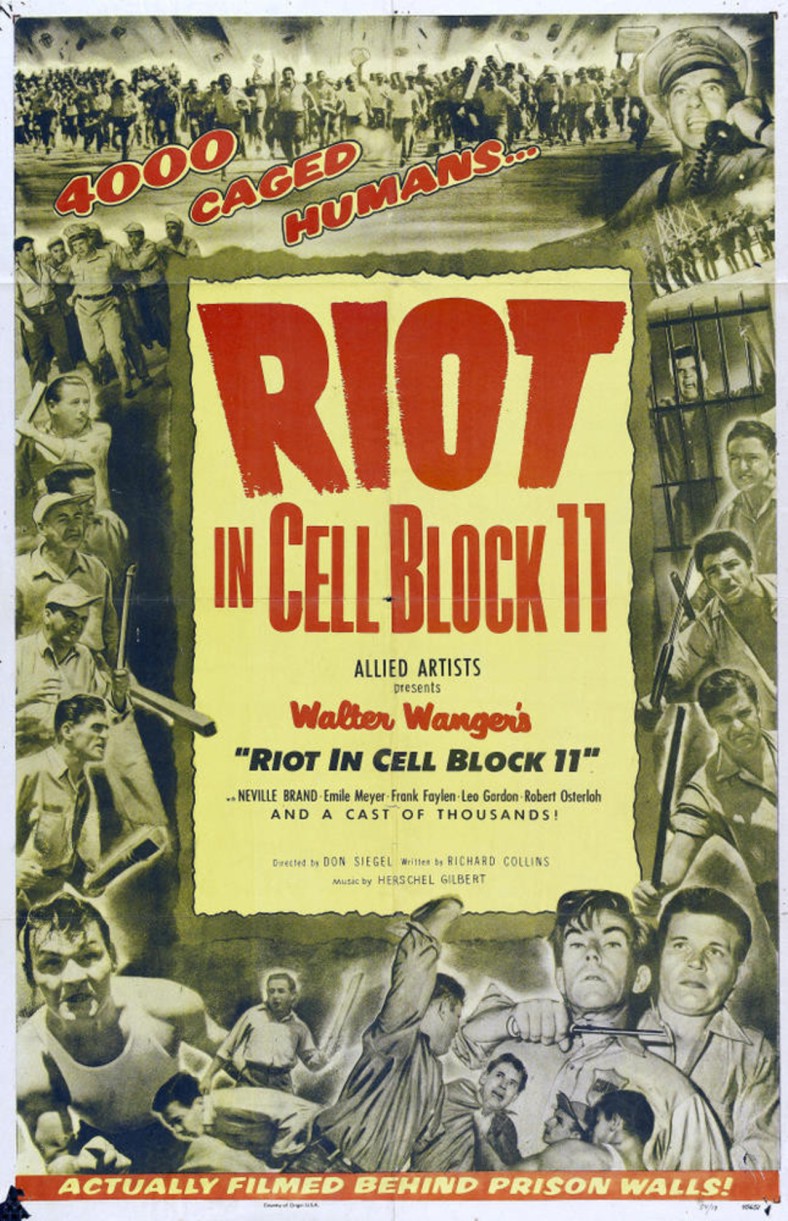