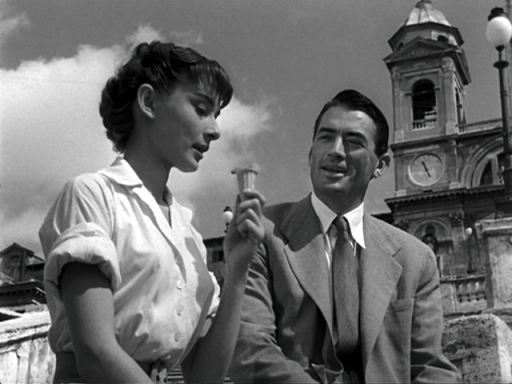 ROMAN HOLIDAY —truly charming. A princess goes incognito in Rome and gets into a breezy entanglement with a newsman and his photographer pal.  Not only is the princess the scoop of a lifetime for these guys, she’s bewitching movie magic for audiences.

Audrey Hepburn got her big break here, at 24, directed by William Wyler in this 1953 romantic comedy classic that not only introduced her internationally, but copped her an Oscar as Best Actress.  She’s pretty much a brunette Cinderella, and the gamine look clicked.  Her five years of bit parts paid off and the long siege of wartime near-starvation in Nazi-occupied Holland were banished. 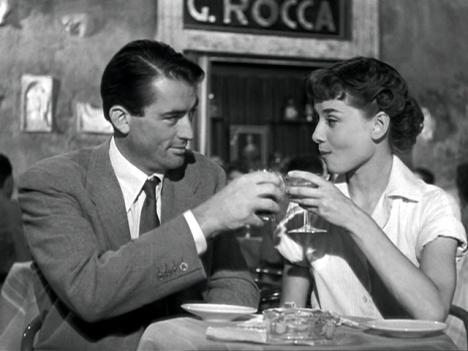 Director Wyler said it: “She had everything I was looking for: charm, innocence, and talent. She also was very funny. She was absolutely enchanting and we said, ‘That’s the girl!'”

It helped to have Gregory Peck for the leading man (he was smitten by her), as he was no slouch in the charm department; they make a great team. Most famous scene is the classic ‘it’s eating my hand!’ gag.  Eddie Albert pitches in with his customary energy as the buddy.

Behind the camera, Wyler captured the picturesque glory of Rome to a tee, and this prompts the question: after going to all the effort and $1,500,000 expense of location work, why not shoot it in color?  Seems a shame. Wyler insisted on location shooting, so Paramount cut the budget and demanded black & white instead of Technicolor. That nag aside, kick back and enjoy the antics. 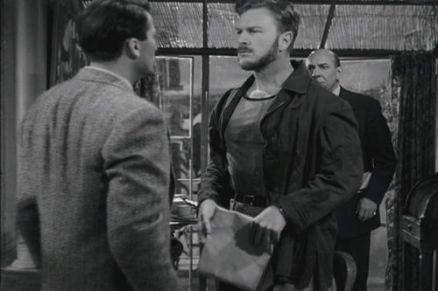 The bright Story won an Oscar for Ian McLellan Hunter & John Dighton, only to be revealed later that exiled and  blacklisted Dalton Trumbo had been the man behind the lines: he finally got credit, a mere 58 years later.  Another statue went to the Costume Design and nominations were cited for Best Picture, Director, Supporting Actor (Albert), Screenplay, Cinematography, Film Editing and Art Direction (really, how can you lose with Rome?).  It took in a molto bene $12,000,000, runs 119 minutes and features Hartley Power, Harcourt Williams, Margaret Rawlings and Tullio Carminatti.