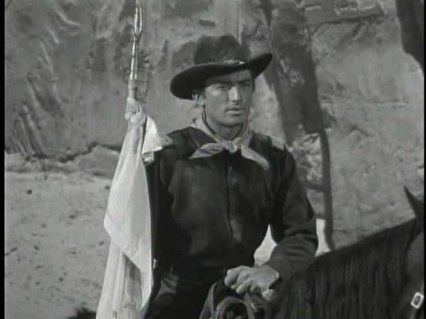 ONLY THE VALIANT  is one of the less remembered of the 53 feature films Gregory Peck appeared in, and one of the 12 westerns he decorated.  This 1951 cavalry vs. Apaches time-filler has a good supporting cast, and the expected mop-up finale. It’s the sort of rubbish Native Americans would find insulting, is mostly cramped on phony-looking interior sets, and the star isn’t shown to his best advantage by either the script or his oddly sloppy handling of props: he does that old-fashioned actorish goof of pushing his pistol toward his target as he shoots, as if to throw the bullets out the barrel. 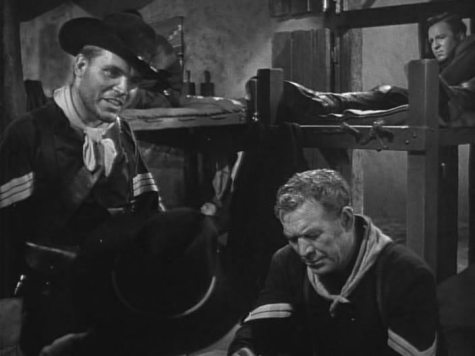 Grim commander is given a collection of misfits with whom to stave off rampaging Apaches (led by Michael Ansara, in one of his first jobs). As they are picked off, Peck’s scurvy troop fight among themselves.  A loutish bunch of drunks, shirkers and one outright nutjob, they make as much of a headache as the braves. Will the Gatling guns show up in time? 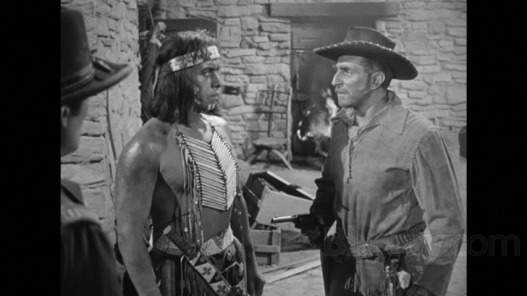 The star was not proud of this one, which came in as #43 for its year, earning $5,710,000. He actually ranked it as his worst film. Still, it’s better than his turkeys Shoot Out, MacKenna’s Gold and Billy Two Hats.  A far cry from Greg classics The Big Country, How The West Was Won and The Gunfighter.