THE ANDERSON TAPES, a snazzy heist thriller from 1971, beat the more celebrated (by critics, anyway) The Conversation out of the gate by three years in looking at the intrusive surveillance people were getting alarmed about. Given the Orwellian nightmare we labor under today, it’s downright nostalgic (how many agencies just monitored that last keystroke—for our ‘protection’?). Watching it again also brings back the fun of that era’s Big City Crime Flicks, a crop of the best dealt by the guy who steered this one, director Sidney Lumet. 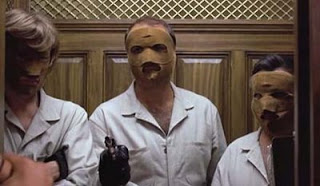 Working from a popular Lawrence Sanders book, screenwriter Frank Pierson (Cat Ballou, Cool Hand Luke, Dog Day Afternoon) gives Lumet a slick jigsaw to play with as a crew of ex-cons scheme to rip-off the goodies from an entire high-class apartment in one sweep. Out of the loop after a ten-spot in the joint, leader Sean Connery is not prepared for the Knave New World of omnipresent audio & visual bugging, and he’s further handicapped by his sketchy crew: fluttery Martin Balsam, fossil Stan Gottlieb, wary soul brothers Dick Anthony Williams and Paul Benjamin, brash punk Christopher Walken (his feature debut) and flashpoint brutal thug Val Avery.  Can hooker girlfriend Dyan Cannon be trusted?

Smart, tense, funny, lean and quick (95 minutes), it came in a comfortable #17 on the hit list for the year. With Ralph Meeker, Garrett Morris, Conrad Bain, Max Showalter and venerable Margaret Hamilton in her last role.  Connery is solid, Balsam has a kick playing flamboyantly swishy, Walken, billed as ‘The Kid’, looks it at 28.  Only Gottlieb rings false. Quincy Jones did the score.

Both Connery and Lumet needed a hit.  Sean hadn’t struck paydirt since You Only Live Twice in 1967 and was coming off expensive flops Shalako, The Molly McGuires and The Red Tent.  Lumet was never a money-maker, but he was six-strikes in a row with critics as well as public prior to this–The Group, The Deadly Affair, Bye Bye Braverman, The Sea Gull, The Appointment and Last Of The Mobile Hot Shots.  Lumet had directed Connery back in 1965 in one of his best performances, The Hill, and after this success they teamed up again for The Offence, Murder On The Orient Express and Family Business. 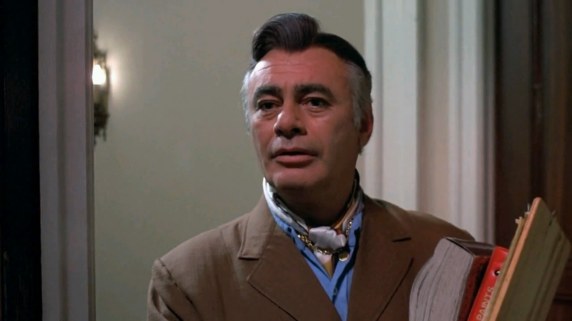 One thought on “The Anderson Tapes”