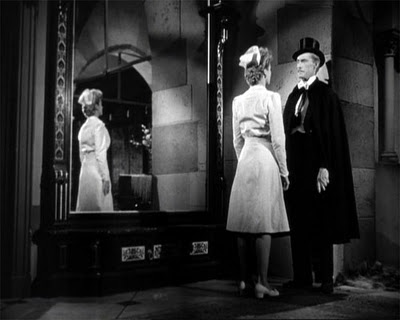 This is no way reflects upon you

HOUSE OF DRACULA —not letting good monsters go gently into the reputation afterlife, Universal followed House Of Frankenstein with this late-1945 round-up, bringing daffy partial relief to uncounted thousands of servicemen when it was sped to them overseas prior to stateside release, where it did a fair amount of tyke-pleasing business.

Not well thought-through (ha!) this time, once again getting Dracula (John Carradine), The Wolf Man (Lon Chaney Jr.) and the Frankenstein Monster (Glenn Strange) mixed up with another ‘noted medical specialist’ (Onslow Stevens) and a hunchbacked assistant (Jane Adams). 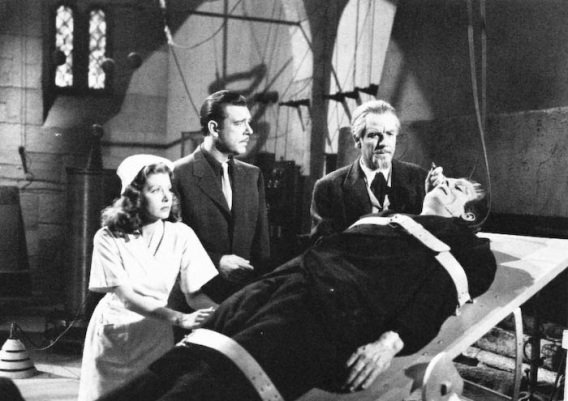 DOCTOR: What are you doing here? Who are you?  COUNT DRACULA: I am Baron Latos. I have come to you for help.  DOCTOR: It’s five o’clock in the morning.  COUNT DRACULA: I must apologize for the intrusion. But travel is very difficult for me, and I’ve come a long way.  DOCTOR: I don’t understand.  COUNT DRACULA: Perhaps you will, after you’ve led me to the basement room of this castle. 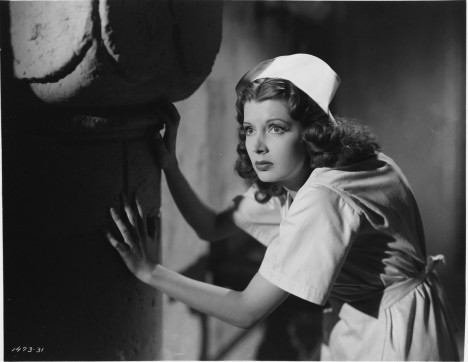 Not bad for a hunchback lab assistant, and can dance up a storm

Stock footage from The Bride Of Frankenstein (which qualifies as grave-robbing) and The Ghost Of Frankenstein (misdemeanor) is mixed in and horror purists have nail-chewing fits that the three monsters not only have little to do individually, they don’t even get to duke it out collectively! (seven-year-olds didn’t care)  That continuity and logic tie-in’s from House Of Frankenstein are out the window, well, there’s a war on….

Such was the work ethic conquered that the story takes up a mere 67 minutes, under “lets-move-it!” direction by Erle C. Kenton.  With Martha O’ Driscoll, Lionel Atwill, Ludwig Stossel and the redoubtable Skelton Knaggs.   Chaney and Strange knocked back quite a few snorts to get through long hours of makeup torment. 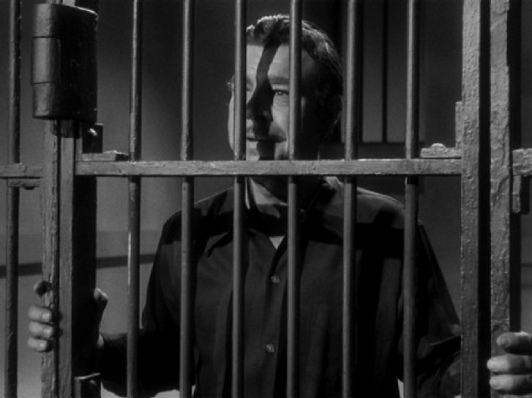 Want?  Well, for a start I’d like to stop tearing peoples throats out.