FROM THE EARTH TO THE MOON  launched from the wondrous imagination of Jules Verne back in 1865, but it took normal mortals another 104 calendars to get the deed done. Eleven years before Neil Armstrong hopped around (unless you’re among the 6% who think it was all a fake), RKO lit the fuse on this 1958 adaptation.  But planned effects sequences were jettisoned when they went bankrupt mid-flight, and Warner’s gobbled distribution of the already compromised burnt pancake that took bored kids 101 minutes to digest. 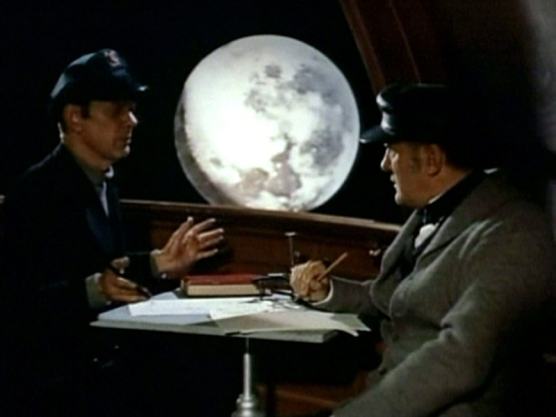 Those youngsters (adults having fled to something more lively, like Perry Como) then went back to rereading their Classics Illustrated comics version, or hopefully stowing on board more exciting spaceflight fare like World Without End and Rocketship XM, where at least you’d get some fights with mutants to justify reenactment in the backyard.

Aside from mangling Verne’s story, the budget cuts made moon-cheese out of most of the special effects, leaving mainly enough endless talk for the once-boy of yours truly to give this a rating of 15 out of a possible 100 on the movie list I dutifully typed up on a Royal that probably weighed more than the dorky models used in the film. 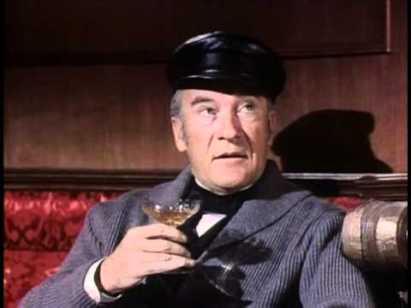 Viewed again, five decades down the  pipe, there is some tepid applause to hand out for the committed performances of veterans George Sanders and Joseph Cotten, who put as much oomph into their dueling scientists as the script will allow (not their fault that so much make so little sense), and the ethereal beauty of Debra Paget adds fetch to the mix. 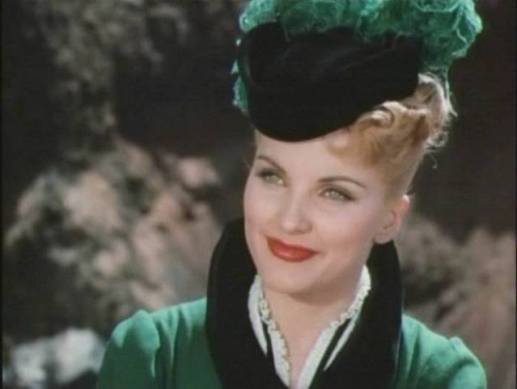 A few okay scenes on the ground, well costumed, and to its credit the movie does toy with the back & forth of various experiments more than the average sci-fi hoke of the day: sometimes the philosophical exchanges between Cotten & Sanders harken to Twilight Zone musings (missing from, oh, Queen Of Outer Space, for example). The weird noise effects that show up during the lunar voyage sound familiar because they’re stolen from Forbidden Planet. Is there, at long last, no decency among studio executives?

Earnest, blond-bland co-star Don Dubbins had been getting shots, courtesy of Jimmy Cagney (Tribute To A Bad Man, These Wilder Years) and Jack Webb (The D.I.) but this wet noodle put the brakes on movie stardom and he spent the rest of his career in TV fodder. 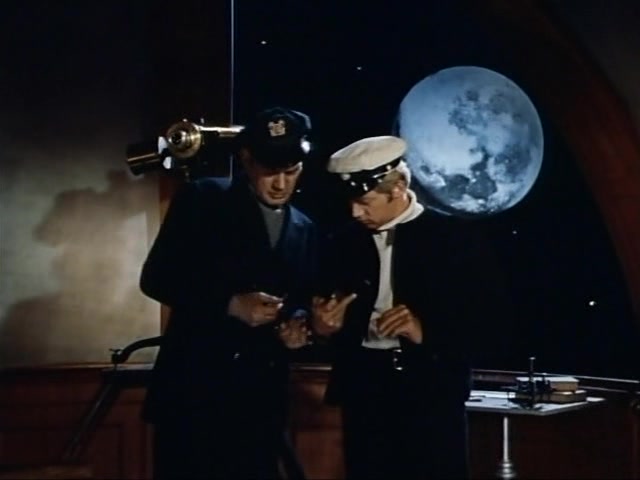 So, we have a case of Bourbon and no ice?

Director Byron Haskin (War Of The Worlds, The Naked Jungle, His Majesty O’Keefe) managed to transcend the failure of this knoboff and keep plugging away for another decade, notably steering Robinson Crusoe On Mars and six episodes of The Outer Limits (including the great “The Invisible Enemy”–with those hungry sand monsters decimating Adam Wests crew: see below).

The Verne movie boom, blasting off triumphantly with 20,000 Leagues Under The Sea and Around The World In 80 Days, rekindled after this fizzle, with classics Journey To The Center Of The Earth and Mysterious Island.

On hand are Patric Knowles, Henry Daniell, Carl Esmond, Melville Cooper, Ludwig Stossel and Morris Ankrum as Pres. Ulysses S. Grant, who has a passionate argument with munitions magnate Cotten, which is mildly interesting in that American presidents in small movie parts usually just show up to be dignified, say something like “Thank you, gentlemen” and then turn and gaze nobly out the study window. 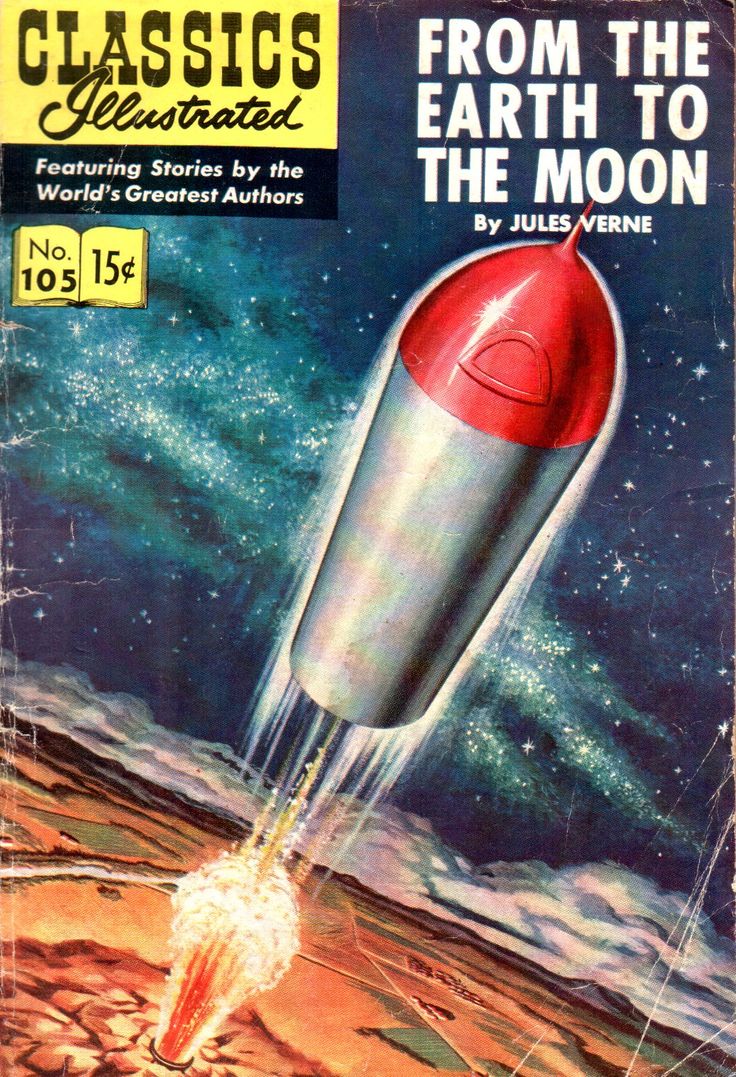