THE WAY WEST  went wayward  slogging down the trail in 1967, scalped by critics and stiffed by the public, taking in only $3,670,000 against a budget of $5,000,000. Its 122 minutes drag under Andrew V. McLaglens pedestrian direction, the overcooked acting and a wheezy screenplay (whittled from a well-regarded A.B. Guthrie,Jr. novel) that seems achingly out-of-tune in a year lit up by the pizzazz of Bonnie And Clyde, The Graduate and The Dirty Dozen. 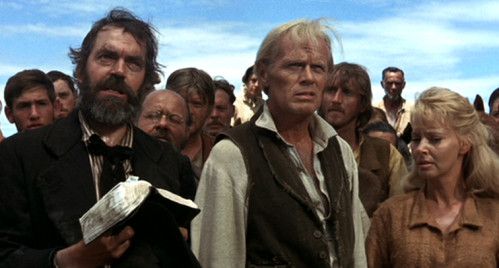 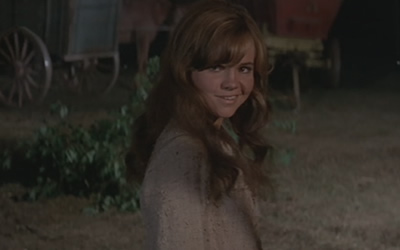 Excellent camera craftmanship from William Clothier is the movies only standout, with beautiful locations (albeit geographically out-of-order, per standard Hollywood —“they won’t notice”) giving your eyes something to appreciate while your head aches from the awful dialogue and delivery of same.  Pretty much paycheck time on the prairie, with Kirk, Bob and Dick a bit long in the tooth (50, 49 and 52) for this rut-stuck rehash. 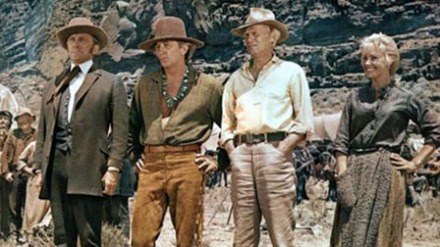 An arduous physical shoot (Albright nearly drowned), marred by Kirk’s overbearing ego, creating tension with nearly everyone, Mitchum drily offering he’d land one “between Kirk’s horns” if he didn’t back off.

A bad song is added for extra channel-changing capacity, thanks to The Serendipity Singers, a folk group on their way out after brief success a few years earlier (“Don’t Let The Rain Come Down”, for those of you ancient enough to recall pieces of 1964 not owned by The Beatles).