AT PLAY IN THE FIELDS OF THE LORD—-with the horrifying downhill plunge of the planet’s rainforests (and their inhabitants), it was a shame to see this movie likewise perish at the boxoffice in 1991. It’s not surprising, though, to see why. It isn’t just that people don’t care (although many obviously don’t). It’s partially that audiences like movies to move, and as this crawls over 189 minutes, it begins, in its sheer heaviness, to seem a mite pretentious. That’s death for a message picture, which is essentially what this is, more than an adventure; a warning that we’re screwing up paradise with our Western ways (don’t forget our cousins in Indonesia and Congo).

In this case, Eden is represented by a section of Brazilian forest, and a lost tribe, caught between the twin forces of state-sanctioned expansion (see: murder) and Church-blessed missionaries (see: poison).

As the various God-folk and renegades, the cast all do well, with Kathy Bates getting the wildest scene. Good work from Tom Berenger, Aidan Quinn, John Lithgow, Daryl Hannah and Tom Waits. Taken from the book by Peter Matthiessen, this was planned as a film since 1965, but it took forever to get underway, ultimately being directed by Hector Babenco. 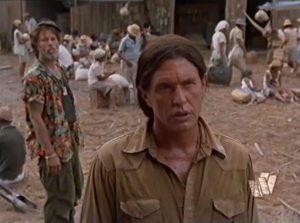 Filmed off the Amazon, near Belem, and in Venezuela’s Canaima National Park, with a highlight in some magnificent aerial shots of the regions massive, mysterious tepuis. Reviews were respectful, but it made a paltry $1,350,000 against an untoward cost of $36,000,000. A  quarter-century later, the logging rape continues unabated. 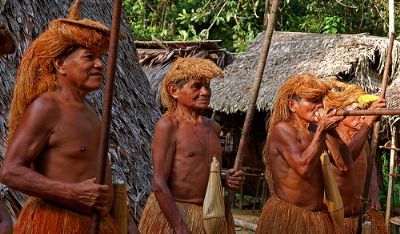