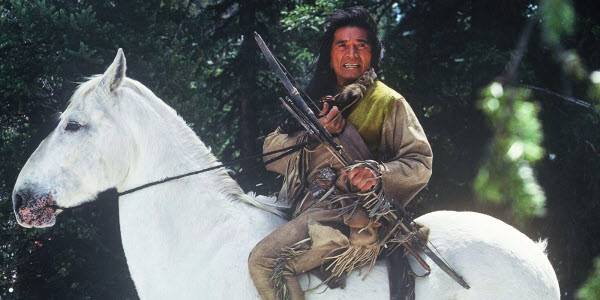 WINDWALKER—–Survivalists Dilemma: it’s midwinter, you’re old, sick and hurt, chased into a cave by a pack of ravenous wolves.  Inside is a bear, roused from hibernation.  What do you do?  Take a selfie with your smartphone?  Not when you’re the Cheyenne-brave hero of this great Native American adventure.  Hell no—you trust in The Great Spirit, figure it’s a “good day to die”—and go for it.

This is one of several gutsy challenges faced over the years by ‘Windwalker’, played as a young man by James Remar and as an elder by none other than the veteran Trevor Howard.  Both visions of the warrior are handled with dignity.  Set in 1797, with flashbacks to earlier times, this wonderfully scenic, poetically crafted tale of a small band of Cheyenne, battling with their traditional Crow enemies, evokes images of Native American tribal stories, told over campfires, passed down through the ages, reminding viewers that the country’s history and heritage didn’t suddenly begin with Jamestown.

Stunning backgrounds, shot in Utah, an unusual and very effective music score from Merrill Jensen, rousing action scenes, a story that weaves a magical spell, and characters to root for.  All dialogue is in the Cheyenne and Crow tongues, with subtitles, while voice-over narration is in English.  Stirring finale.  Directed in 1981, by Kieth Merrill, running 108 minutes, featuring Nick Ramus, Serene Hedin, Dusty Iron Wing McCrea, Silvana Gallardo, Billy Drago, Rudy Diaz, Harold Coss-Coyote.  Sleeper pic brought in a surprising $18,000,000 and has a devoted following. 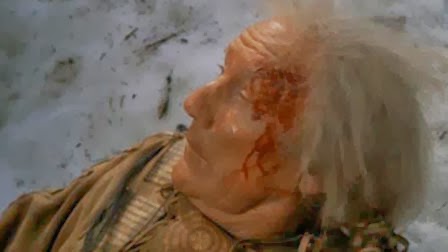