CATTLE ANNIE AND LITTLE BRITCHES  is a neat little western, barely known, different from the norm. Directed by Lamont Johnson, released in 1981, it spins the tale of two runaway girls who head West and join up with the Doolin-Dalton gang, circa 1893. Famed Sheriff Billy Tighlman pursues the bad guys. With the usual liberties, it’s based on real characters.

Nice color, good sound and costumes, and some fine ballads frame the action but in the main it’s not gunfire or scenery this time out, but the humorous interplay between the girls and their outlaw idols.

Diane Lane (she was 16) and Amanda Plummer  (debuting at 24) fortunately make the girls spunk and grit believable and entertaining, instead of grating and hokey.  Burt Lancaster as Bill Doolin and Rod Steiger as Tighlman are relaxed in Old Pro mode. 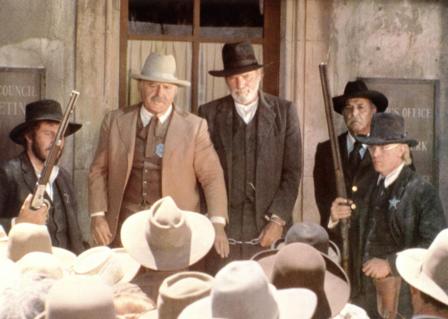 A fun 95 minutes, with John Savage, Scott Glenn, William Russ, Buck Taylor and Michael Conrad.  In Burt’s long and distinguished career, this $5,300,000 saunter, the last of his fourteen westerns, came in at next-to-last among his moneymakers, barely dredging $530,000 in the years 128th spot.  It deserves a better fate.  A bit of a curse attached, with a two-year delay from shooting in 1978 until its release (such as it got), with Lancaster having a mild heart attack during production, along with a bout of hepatitis.  John Wayne had turned down Burt’s role due to his own declining health.

Fact-wise, Lancaster at 65, was 31 years older than his real-life character. The filming was done in Durango, Mexico, drawing Steiger’s observation: “Everybody in Durango walks around with a .45 in his belt. I mean, that’s one place where you’re not going to flirt with anybody’s girlfriend, I can tell you that.” 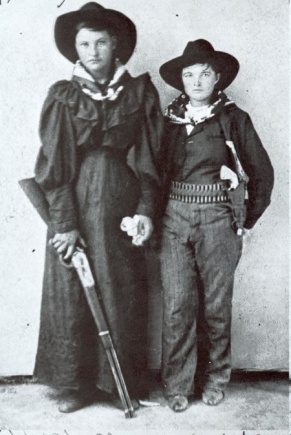