THE GREAT GATSBY  is a well-mounted, purely 1970s version of F.Scott Fitzgerald’s novel of the R-for-Rich and the Jazz Age. Hit me with a polo mallet, but Fitzgerald and the book never did ‘sockdollager’ for me,’sport’, and the movie, with all its expense ($6,500,000) and talent simply lays bare the hollowness at the core of the book, one that dealt, all the same, with hollow people.

Direction by Jack Clayton is static, the costumes are excellent, the theme music from Nelson Riddle is achingly lovely.  With Edward Herrmann and Howard Da Silva, clocking in at a weary 146 minutes, it collected Academy Awards for the Costume Design and Score and piled up $27,000,000 for Paramount. 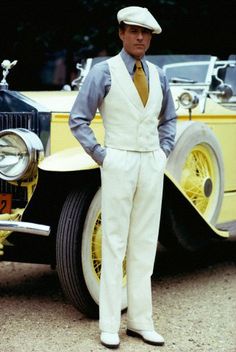