ONE-EYED JACKS  feasts on Charles Lang’s cinematography: it’s plain gorgeous, with drenching landscapes of the Monterey Peninsula region of California, Death Valley and parts of Sonora, Mexico.  He also gets great close-ups of the cast.  He had plenty of time, 18 months worth, shooting an eight-hour cut for first-and-only-time director Marlon Brando. The mystified studio somehow trimmed Marlon’s excesses down to 141 minutes to release in 1961 a project that started three years earlier, went through several writers (including Rod Serling and newbie Sam Peckinpah), dumped director Stanley Kubrick for Brando and blew a million dollar budget up to an astronomical $6,000,000.

Downbeat storyline, muddled continuity and motivation, mostly unlikable characters and mixed reviews guaranteed only $4,300,000 in returns and fixed Marlon The Mumbler with Brando The Brooder in the public perception, and helped set him up inside the industry to take the fall for the woes that befell his next outing, Mutiny On The Bounty. 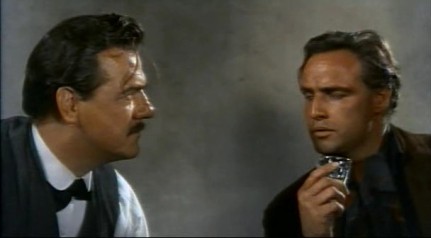 Co-star Karl Malden (in full throttle mode) credited Brando with most of the script, some improvised right before shooting, although screen credit went to Guy Trosper and Calder Willingham.  Plot has former bank robbing buddies re-connecting five years after a caper gone bad.  Marlon went to prison: Karl ducked out and became a sheriff, got a family, set himself up right nice. Marlon returns bent on squaring things.

Excess aside, apart from his own generally fine performance Brando drew excellent work from a well-picked cast, with great bad guys in Ben Johnson and Slim Pickens and a daring choice of Mexican actress Pina Pellicer for leading lady.  Her seeming lack of sureness in English actually works to advantage since her face and eyes convey such deep and genuine emotion–and she’s strikingly pretty as well.  Tragically, something in her personal makeup was not strong enough to hold and she committed suicide in 1964, only 30. 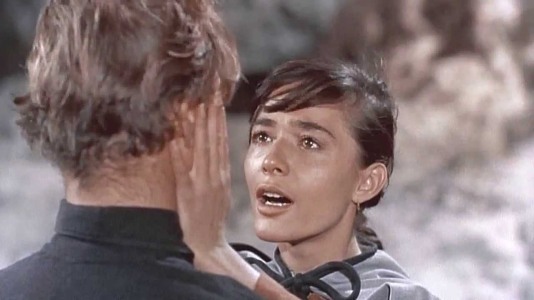 The unusual oceanside settings are a break from traditional westerns, and Hugo Friedhofer’s dramatic music score, with its dynamic and beautiful main theme also departs from the norm. The title theme has been used as intro for assorted TV spots over the years.

There are classic one-liners here and there, especially with Brando baiting Johnson, Pickens and the insane Timothy Carey (“get up, you tub’a guts!”).

Marlon mumbles, broods, gets masochistically horsewhipped (and hand-crushed–yikes). Ostensibly the hero, his character displays too much selfish behavior to raise sympathy—who knows what ended on the cutting room-floor, knee-deep in hours of quirks, ear-tugs, enigmatic smiles, glum staring at assorted waves, floors or into space?  His sudden explosions into action are well done.

Aside from a small but effective part for the luminous Katy Jurado (who has one key scene with Pellicer that is so quietly strong it’s hard not to choke up from the wounded dignity that both emanate), Brando’s canvas is crowded with recognizable faces in tiny bits: Larry Duran, Elisha Cook, Rodolpho Acosta, Ray Teal, John Dierkes, Philip Ahn.

The unquestionably splendid camerawork was nominated for an Academy Award, losing out to West Side Story. 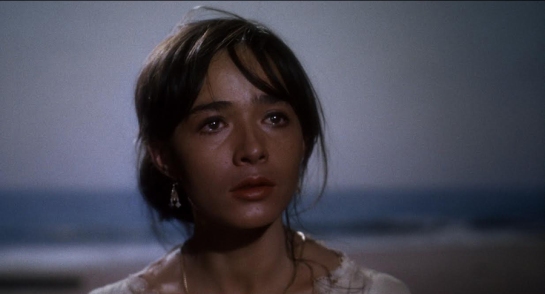