AFTER HOURS  lets those paralyzed by the mating game know that they’re not alone. It also tells you to you can’t win, which is fairly brave for a comedy, and it was even more bracing in 1985 when Martin Scorsese fiendishly dropped its hammer on us.  It’s also… funny as hell.  At least its fans think so: this is one of those uncomfortable black comedies that divide audiences. They love it or they’re turned off—Raising Arizona, Brazil, The War Of The Roses, God Bless America….. 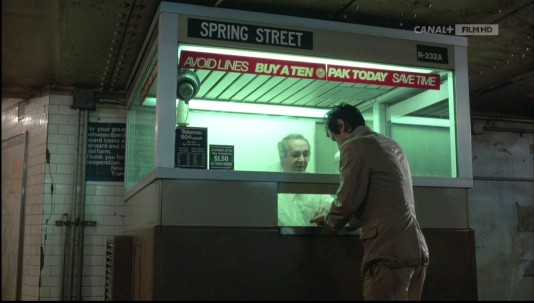 ‘Marty’s’ salvo, written by Joseph Minion, inspired by a monologue from radio performer Joe Frank (what urban love-hell they must have gone through–yeek), got great reviews but not such a big public response—it’s now a cult classic.  ‘Paul’ (Griffin Dunne) meets ‘Marcy’ (Rosanna Arquette) at a dinner, gets her number, decides ‘what-the-hell?’–goes to meet her later that night. The New York City Survival Course he endures makes Charles Bronson’s Death Wish  look like a skip through Bora Bora.

All of the performers hit homers, but Dunne really bats a thousand with his increasingly desperate, yet still hopeful hero. It’s a masterful job, one of the best comic performances of Joe Everyguy since the heyday of Jack Lemmon. He was overlooked for a deserved Oscar nomination.

One thought on “After Hours”