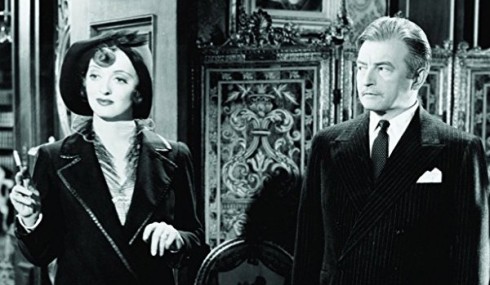 MR. SKEFFINGTON  has its defenders, and this “Woman’s Picture” weepie came across with success back in 1944, drawing a pair of Oscar nominations for its class-act actors, raking in a tidy enough sum to claim 22nd box-office placement among the years releases. Much as we here at Ala Central like its lead players, we’ll have to comp taking its dated jumble of tearjerker romantic drama and period impishness as a 146-minute crash course in Camp. *

“You mustn’t be too harsh on my secretaries. They were always very understanding when I came to the office after a hard day at home.”

New York City, 1914. Frivolous flirt ‘Fanny Trellis’ (Bette Davis) has many beaus swooning over her favors, but when her foolish brother ‘Trippy’ (Richard Waring) shamefully blows their inheritance, she fatefully covers the blot by marrying someone she doesn’t love, wealthy ‘Job Skeffington’ (Claude Rains). The aptly named Job does love Fanny (hard to see why, but the script repeatedly insists she’s adorable); he’s forgiving to the point of sainthood. He’s also Jewish, son of Russian immigrants, as such an outlier to the WASP’y milieu of Fanny’s smarmy entourage and the cultural prejudices of the day. Their relationship covers a time sweep from the summer before WW1 erupted to the outbreak of WW2, involves their daughter and assorted flings, scandals and traumas, including disfiguring diphtheria befalling Fanny and Nazi torture trying Job. 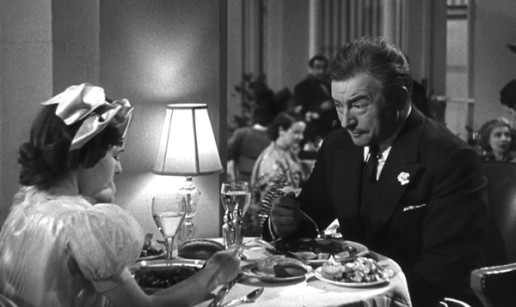 Bette, 36 at the time, was tasked with aging from a 20-ish Scarlett O’Hara type (everyone raves over her “beauty”, which is a grain-of-salt situation to start with, and her “charm”, which we’re just supposed to discern out of the air), to the crestfallen mid-life instant-crone of the last act. Claude was 55. She copped the eighth of her eleven Oscar nominations as Best Actress, Rains his third of four as Best Supporting Actor. He’s excellent as usual, she’s hamstrung by the cloying script (Julius J. & Philip G. Epstein freely adapting from a story by Elizabeth von Armin). It does earn points for discussing prejudice against Jews, beating Gentleman’s Agreement by three years. **

Directed by Vincent Sherman, Rains more than earns his salary, but Dame Davis comes off like a Bette Davis impression. She does manage a neat assortment of giggles, conveying Fanny’s vapidity, but in total it rustles up like an early dress rehearsal for Whatever Happened To Baby Jane?

Over-produced, alternately silly, syrupy and scouring, with notable goofball supporting work from Waring (put an ‘e’ before the ‘a’ and add some cocaine) and others down the cast chain.  As for Franz Waxman’s score, we salute Dan Callahan, writing for “Slant” magazine, who hit that it “would be more suitable for a Bugs Bunny cartoon”.

* Normally, a Warner’s feature took about a month to shoot. This one dragged out for 110 days. When bossman Jack Warner shot a note to the Epstein Twins begging what was up with the schedule, their comeback was “Bette Davis is a slow director.” She was more than her usual tasking self on this project, riling cast and crew to the point where someone actually poisoned her eye-wash. Grief over her husband’s death was assuaged by resuming an affair with director Sherman, one they’d begun the year before when he

guided her through Old Acquaintance. His autobio was entitled “Studio Affairs”; the sprightly sailing Vincent Sherman (Adventures Of Don Juan) had more than his share. Bing-bonging between Davis, Joan Crawford and Rita Hayworth, it’s toss-up whether to doff a fedora to the guy or feel his pain from the safety of an existential remove.

** Author of 22 books, known at the time simply as “Elizabeth”, Australia-born Elizabeth von Armin started her life journey in 1866 as Mary Annette Beauchamp.  Marriages deemed her first ‘Countess von Arnim-Schlagenthin’ (she called the Prussian hubby “Man of Wrath”), then ‘Elizabeth Russell, Countess Russell’ (to Bertrand Russell’s randy older brother, “Wicked Earl”). Once a mistress to H.G. Wells, her best-known novel is Enchanted April, which made a neat 1992 movie. Quote the lady: “I’m so glad I didn’t die on the various occasions I have earnestly wished I might, for I would have missed a lot of lovely weather.”  Based on that, we’ll give her a pass.

One thought on “Mr. Skeffington”